Broad is the dish of the day 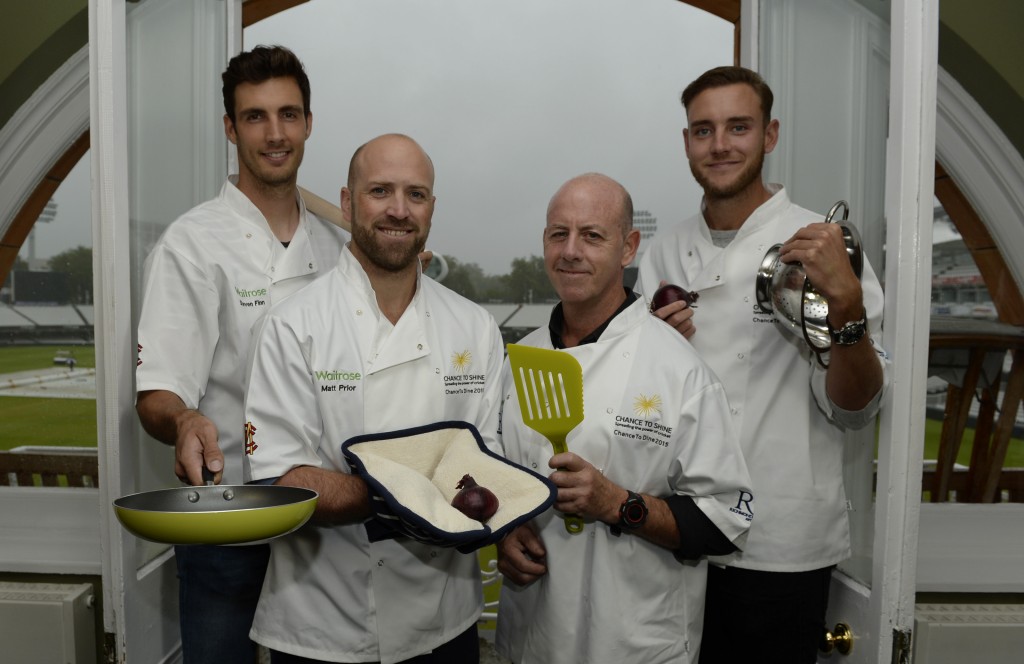 It’s been some year for Stuart Broad. Not content with knocking Australia over in an hour and a half at Trent Bridge to secure the Ashes (having been initially reluctant to bowl first), he beat off stiff competition last night from Matt Prior, Steven Finn and me to win the 2015 Chance to Dine award at Lord’s. And today he has a tram named after him in Nottingham. ‘Have you ever been on a tram?’ asked Finn. ‘No’ admitted Broad.

All four of us prepared a ‘signature’ dish – with the considerable help of the Lord’s chefs. Prior, who admitted he ‘never’ cooks, rustled up an impressive chicken liver parfait, and I inherited the entry of the convalescing Eoin Morgan – cured salmon with soda bread and pickled vegetables – which was much tastier than it sounds, especially after I had added the essential ingredient of a pint of Guinness. Broad knocked together a very impressive Beef Wellington though his pancake-tossing skills were hopeless, and Finn finished it off with a pavlova. His piping ability was outstanding, even if some of the merangue did end up in Broad’s ear. 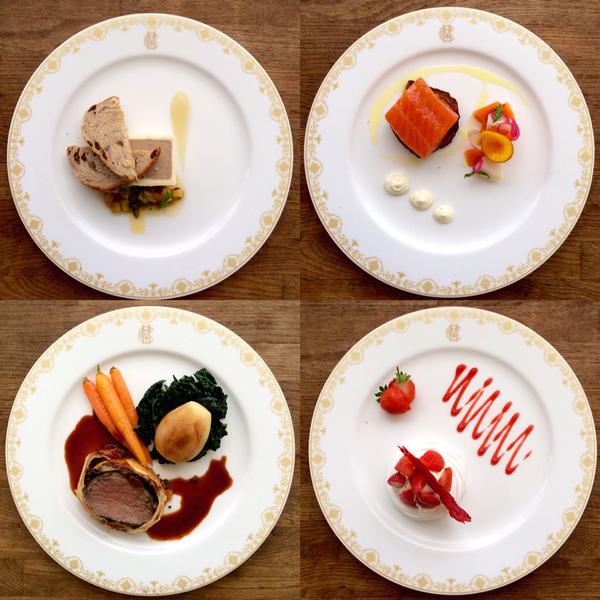 Over 200 guests sampled the fare in the Long Room under the suave guidance of the host Mark Nicholas. The dishes were judged by the veritable food royalty of Giles Coren (The Times), Tom Parker-Bowles (Mail on Sunday) and Ed Baines (the creator of Daphne’s restaurant.)  Coren gave a balanced view, saying Broad was ‘a good cook’ (not a view supported by Broad’s divine girlfriend Bealey Mitchell) but then he did slightly let himself down by calling my salmon ‘a bit orange.’ Well what did he expect salmon to be – all the colours of the rainbow? (Maybe he was thinking of trout.)  Baines seemed to derive great pleasure from analysing The Analyst’s cooking. He had seemed quite partial to the salmon as it was being cured, so was quite complimentary. (Infact if he had been left alone in the Lord’s kitchen he would have demolished the entire fish.)

But before the event Parker-Bowles – who turned the Long Room air even bluer than John Emburey used to – admitted that Broad would get his vote ‘because he f*****g won the Ashes!’ That was probably the view of most of the audience too. Broad’s dish was certainly the most ambitious and he put in a lot of effort, th0ugh Mary Berry would probably have called it ‘a little grey and soggy.’

Anyway who cares who won, it all raised loads of money for Chance to Shine – someone even agreed to pay £1500 to go fishing with Michael Atherton. It was that sort of crazy night. 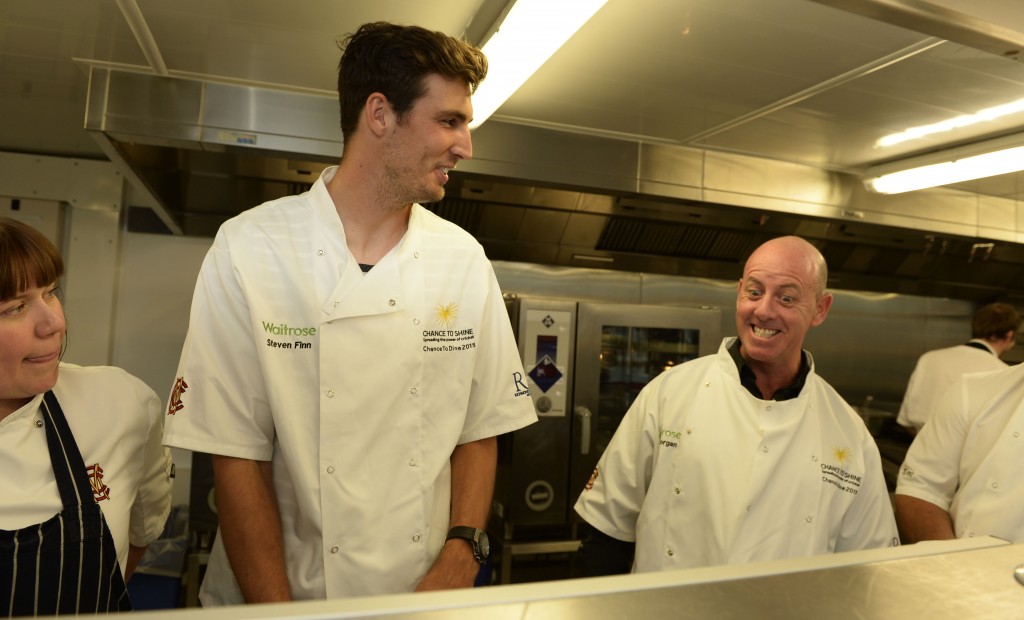