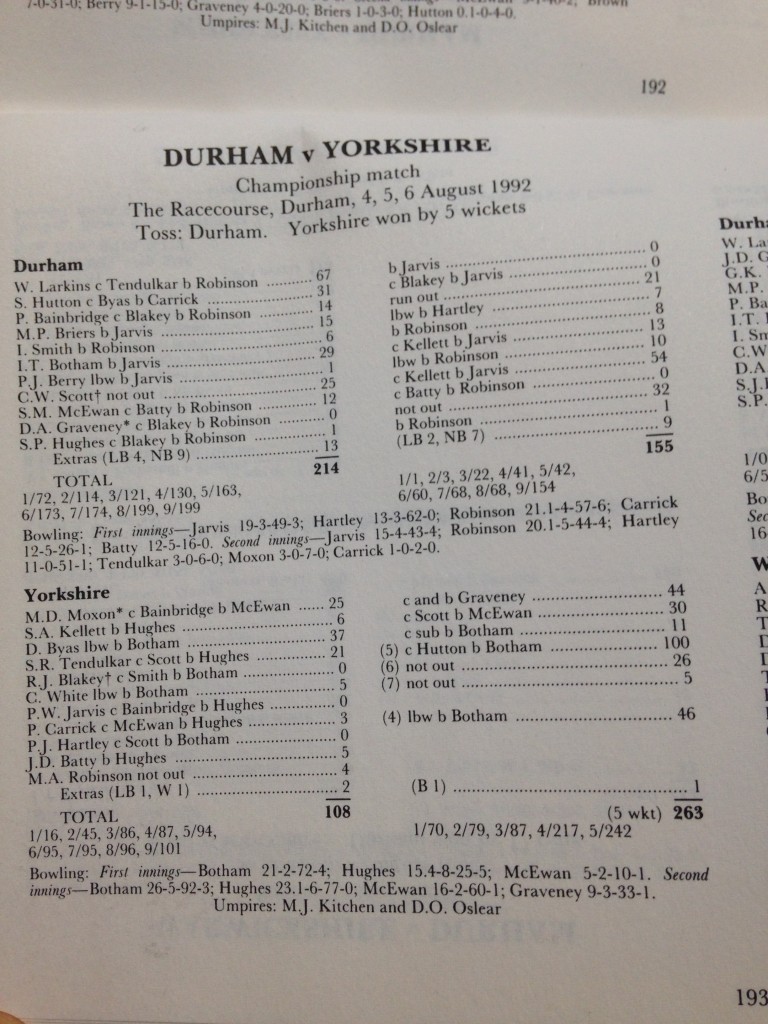 August 5th 1992 is a date indelibly inked in my memory. The scorecard above probably gives you one indication why. But it’s not the only reason. Yes, when the Little Master (only aged 19 then, though looked very little different from how he does now) had got to 21 and had already stroked some regal boundaries, I produced the ball of my career. It pitched on middle on a good length, hit Ian Botham’s carefully embedded bottle top (I assume) cut away sharply and bounced viciously. It was like a fast leg break. No one but Tendulkar would have got near it. With lightening reflexes, he attempted to adjust, got a faint nick and was held by Chris Scott, the wicketkeeper who, a year later, fatefully dropped Brian Lara on 20 (saying, famously, ‘Oh god is suppose he will go on to get a 100 now!’   – he got 501 not out.)

So that was the day I got Sachin Tendulkar – the greatest run scorer who ever lived – out for 21. 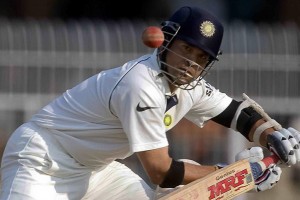 (extracted from A Lot of Hard Yakka:

But that wasn’t the only reason I remembered that day. It was also because it precipitated a flood of Yorkshire wickets shared by the great Beefy and the modest me. Yorkshire collapsed from 86-2 to 101-9. And as the last man was the (new England women’s coach) Mark Robinson we knew it would soon be 101 all out. He had recently set a record of 12 consecutive ducks and averaged a little over 2 with the bat.

But where was Robbo at the fall of the 9th wicket? He wasn’t coming out of the pavilion. Then we saw a car swiftly descending the sloping approach to Durham’s Racecourse pavilion. It was Robbo. With Yorkshire cruising at 86-2 he had popped to the shops for a few essentials and had to be urgently summoned back when the wickets fell.

Technically he should have been timed out – there was no way he was going to get padded up and out there in the stipulated two minutes. Would we wait for him? Of course we would! He was a walking wicket and no self-respecting bowler was going to pass up the chance of knocking him over. So we waited.

Robbo emerged with that funny loping gait of his, hurriedly putting his gear on. ‘Come on Robbo!’ we said, ‘hurry up! Been out buying a new pair of glasses? No need to take guard, you won’t be there for long.’

But he had the last laugh. We couldn’t get him out – he reeled off a season’s best 4 not out – then he grabbed the ball and routed us for 155 (taking 10 in the match) leaving Yorkshire 265 to win. Of course they got them, the Little Master proving that lightening doesn’t strike twice.

Good luck Robbo in your new job. And don’t go shopping during a match. 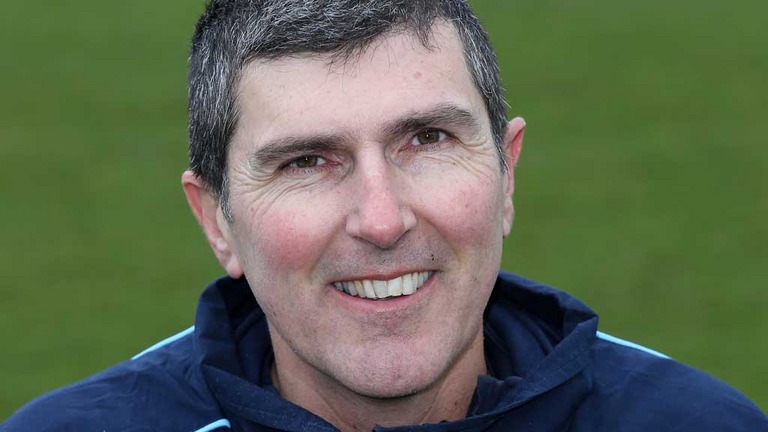