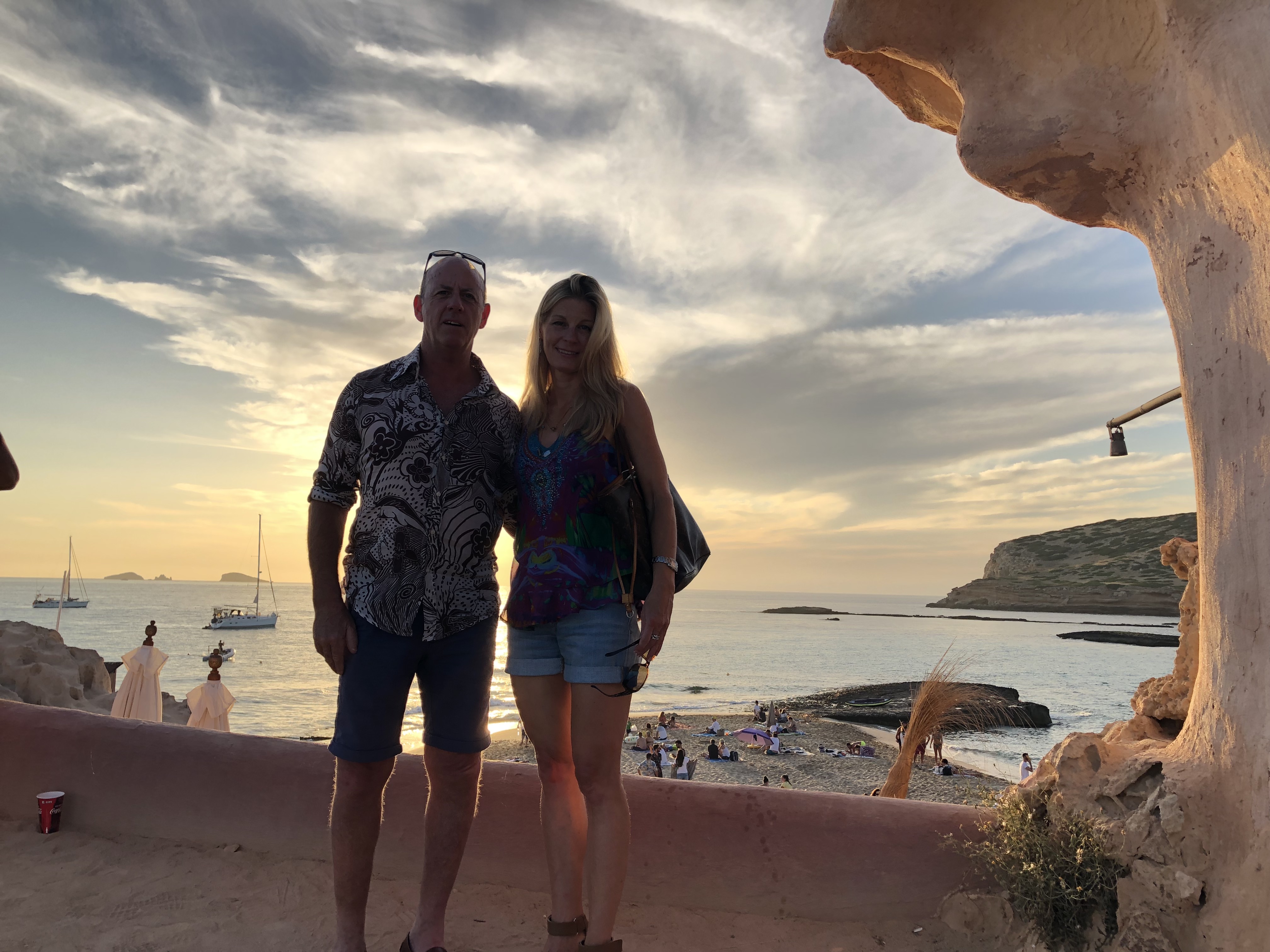 By SIMON HUGHES FOR THE DAILY MAIL

Those who crave simple, unpolluted, old-fashioned pleasures will appreciate Le Marche — a region of Italy, between the Adriatic Sea and the Apennine Mountains.

The air is so clear that you can climb to a vantage point and almost see back 50 years. It’s where crimson-faced men return home from working the fields to mama’s lovingly cooked ragu, which is devoured with a bottle of locally produced red.

This is Italy as it might have been pre-Versace, before Tuscany was bought up by rich property magnates or fashion designers. You won’t find lotharios whizzing around in Ferraris or women clomping about in vertiginous shoes. What you will find — just an hour’s drive from Ancona airport — are fortified hill-top villages interspersed with fruit farms or vineyards, with 8,000ft mountains in one direction and wide, sandy beaches in the other. 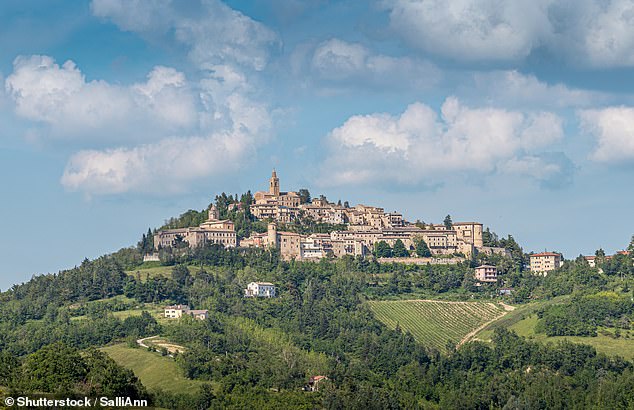 Driving through the countryside, and scaling hills commanded by travertine bell-towers, are restorative experiences.

This is the poor man’s Tuscany with a richer variety of terrain. The summers can be hotter, too. And it’s all for a fraction of the Tuscan price. A half-board week in the Leone Hotel in Montelparo, with its fabulous food served on a sun-trapped terrace and helpful (English) owners, costs less than a couple of nights in a Florence B&B.

Tim Jones, proprietor of the Leone, is an authority on them. ‘Each wild boar female produces a litter of about 14, twice a year,’ he says. ‘They damage the crops, they affect people’s livelihoods. Every so often the older farmers get out their World War II rifles and try to cull a few.

‘Yesterday it was Wild Boar 2, Locals 3. They shot three animals, but a couple of farmers suffered injuries when their guns misfired.’

Tim doubles as the head chef at Leone. My partner says the wild boar tagliatelle is ‘the best thing I’ve eaten since the lobster Thermidor in Koh Samui.’ Good lord, how she gets about. 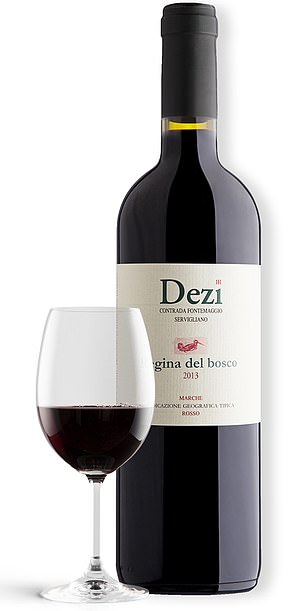 Le Marche is Italy’s orchard, and its wines have recently entered the mainstream. But wine-tasting trips here are not the usual impersonal visits where some employee gives you a spiel about overpriced plonk. These are unostentatious, family-run estates.

I meet brothers Davide and Stefano Dezi, tending the vines planted by their father Romolo in the 1970s. They name the wines after their children, and can’t afford a bottling plant, so do a lot of it by hand and drink the rest. The Regina del bosco, a vivid, aromatic Dezi red, tastes far better than its £17 price tag.

The Italian ancestors of footballer Lionel Messi hail from this region. But if you want action, go elsewhere. Le Marche is where urban dwellers go for a device detox. You sit outside a cafe on the main street of Petritoli, ten miles from the coast, admiring the subtly repointed medieval brickwork and ornamental balconies, and listening to wooden shutters being opened. Occasionally a car clutters past, its inhabitants chorusing ‘Buongiorno!’

You’re never far from the beach in Le Marche — there’s more than 100 miles of Adriatic coastline, with a beach club every two miles or so. The best spot is Sirolo, at the northern end of the region, near Ancona. The sweet town sits atop the white cliffs of the Conero Regional Park, descending to two sandy coves below.

Sitting under a parasol, feet in the sand, eating fresh snapper on Urbani beach in Sirolo, you feel more like you’re on a Greek island than on the Italian mainland.

You can live it up in Le Marche if you want. The nouveau riche have stealthily moved into the shoppers’ haven of Civitanova Marche, and the land around it has become populated by sprawling villas with built-in gyms and spas, and signs to the nearest Gucci store.

But this misses the point. Le Marche’s USP is the opportunity it gives you to meander around the old hilltop towns; happen across lacemakers at work; and lunch in a courtyard while listening to the distant rumble of a tractor. Or maybe it’s a wild boar. Go there quick before their habitat is turned into a designer outlet.