Who Wants to be a Batsman: ELEMENTARY MY DEAR WATSON 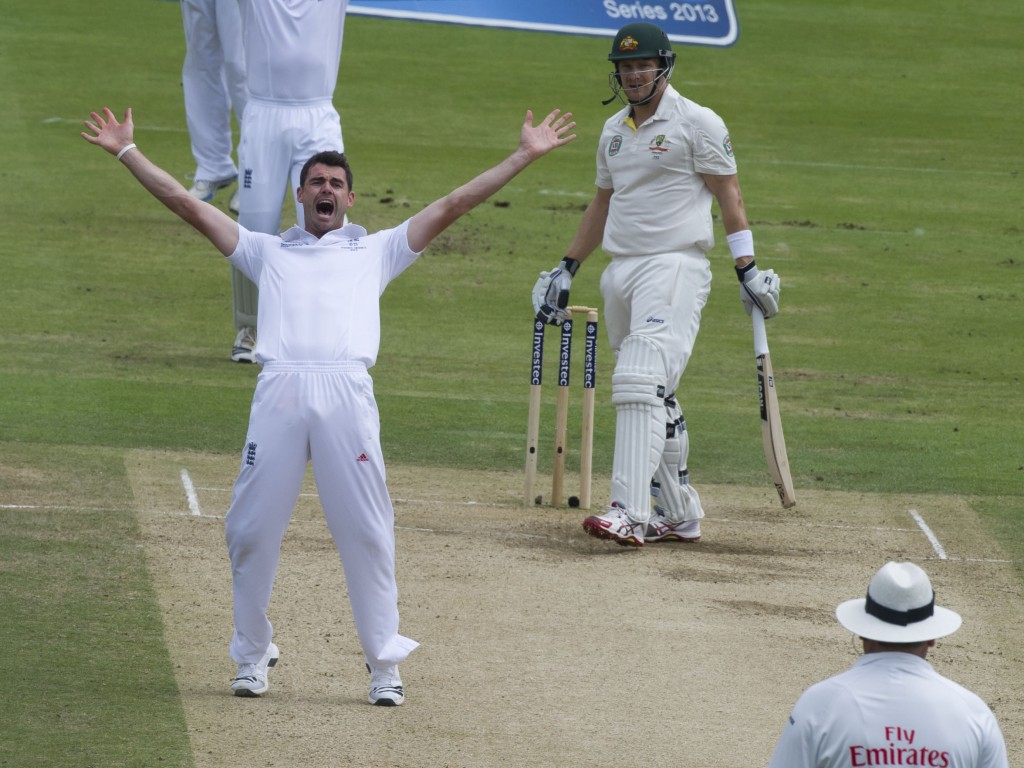 Watson out again the usual way…

I was driving back down the M1 from Trent Bridge in the summer of 2011. It was 11pm. My mobile rang. It was not a number I recognised.

‘Is that Simon Hughes?’ It was an Australian voice.
‘Yes,’ I replied, a little circumspectly. ‘Who’s this?’
‘It’s Shane Watson,’ said the voice. ‘Australian opening bats-man.’
‘Really?’ I said, imagining it was probably one of Michael

Vaughan’s mates winding me up. ‘Where are you?’ (I thought it was a good way of checking if it actually was him.)

‘Melbourne,’ he said. ‘I wonder if we could have a chat.’

My heart sank. The only time current players called me was to complain about something I’d written or misquoted. Or, occasionally, to write a not-very-humorous piece for their benefit brochure. With Watson, who I had met properly only once at a charity evening I was compering – at which I semi- humiliated him by getting him to chew on a wichetty grub – it could only be a complaint.

‘Why, what have I done?’ I said defensively.

‘Well, you’ve written about my failure to convert fifties into hundreds,’ he said.

Oh here we go, I thought, another precious international player tearing me off a strip for daring to question their abil- ity when I had an iota of their talent. ‘How many Tests have YOU played?’ and all that. I was bracing myself for a lecture while trying to negotiate the contraflow near Newport Pagnell. I was praying for the mobile signal to die. Sod’s law it never does when you want it to.

‘Well, I’ve only written about that a bit, and that was ages ago, in the Ashes,’ I said, ‘but I didn’t say that made you a bad player. I mean, you made more runs than any other Aussie in that series.’ Ugh, I was crawling to him now.

‘My advice?!’ Images of me being knocked over for not many by a succession of West Indian fast bowlers and South African fast bowlers and English fast bowlers, and spinners, and medium pacers, and in fact just about anyone who could turn their arm over, flashed through my mind. The sound of Geoff Boycott lambasting a second-rate spinner on commentary, saying, ‘You could ’ave ’it that lollipop, Simon, and you couldn’t bat!’ was ringing in my ears.

‘Yes,’ he went on. ‘I know you analyse the game carefully and write a lot about batting and I want to pick your brain and see if I can learn anything. I have to do SOMETHING. I can’t keep making nice fifties and then getting out. It’s driving me nuts. I thought you’d be the man to talk to about trying to improve.’

‘Really?’ I said, trying to conceal the incredulity in my voice. ‘You’re serious?’

‘Deadly serious,’ he said. ‘Of course, I understand if you feel uncomfortable about helping an Aussie . . .’

Well I did, but there’s divided loyalty everywhere these days, isn’t there? Swedes and Italians have helped the English foot- ballers, Zimbabweans and Australians have worked with the…Read more