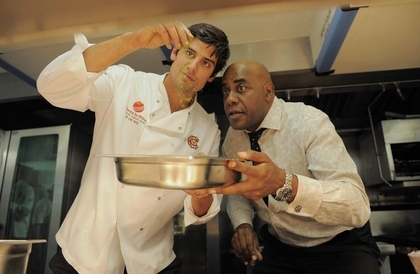 The edifice painstakingly constructed by Alastair Cook in Abu Dhabi deserved better than to be consigned to white elephant status by the absurdness of test cricket’s playing conditions. How do you explain to a wannabe cricket fan that the players went off for a bad light with the floodlights on? As one (female) cricket diehard put it on the Times website yesterday, ‘cricket can sometimes thrust itself so far up its own backside that even its army of loyal followers are left totally exasperated.’

As usual Cook ignored his monumental effort, saying typically ‘I can’t fault the guys on a really flat wicket to hang in there when Pakistan got 520 by finding a way back into the game.’ But his performance – the longest innings ever played by an England batsman – was a phenomenal achievement built on his remarkable powers of concentration, stamina and focus. He takes indefatigability to extremes. How does he do it?

Endurance-wise, he has always been the best in the team, lasting longer in the ‘yo-yo test’ (successor to the dreaded bleep test) than anyone else. He does a lot of private work on his stamina, but you will invariably see him ‘topping up’ with some shuttle-sprints – perhaps challenging himself against a younger colleague – on the outfield before a day’s play. When I went to interview him in the summer and the cameraman was late, he spent the spare time doing a grueling-looking mini session in the gym rather than standing about idly chatting.

What really defines Cook, however, is the way he maintains his concentration. That is part fitness and part technique. He is intimately acquainted with the fact that the ball is only actually live for about 45 minutes of an entire six-hour test match day (about 5 seconds per delivery.) He is the master at what sports psychologists call ‘locating the dimmer switch’ – switching his concentration to full-on as the bowler is running in, then turning it down to just a flicker between balls.

The little stroll away from the wicket between balls is his switch. ‘It’s a habit,’ he says. ‘It’s part of the process of drawing a line under the previous ball. Whether you’ve played the worst shot or the best shot, you can’t do anything about it. It’s vital to move on. You have a few seconds of relaxing. The key is to allow your mind to wander, allowing it to think whatever it wants to think. It could be “Hmm, that’s an interesting field placing” or something off the field that’s not remotely relevant. It doesn’t matter. The key is to be able to revert back to your primary objective which for me is committing and watching the ball.’

‘Walking back to the crease is my cue. It’s my way of telling myself “right here we go ago again.” When you’re in form batting for an hour feels like 10 minutes. When you’re out of form, batting for 10 minutes feels like a day! It’s a strange thing. But you do know when you’re starting to get into that good rhythm, and it’s a very nice feeling.’ It’s the clue to why, when he’s playing well, he never looks tired, even if he’s been out there for 10 hours.

The other unique thing about his batting – borne out vividly by his innings last week – is that he never gets deflected from playing his game. He adheres rigidly to his scoring areas – principally the clip (to leg) and the cut – he never gets delusions of grandeur and attempts to explore a new avenue. He is a sculptor employing the same implement to relentlessly chip away at the marble – with subtle changes of emphasis, slightly more rotation of the wrist here and there – to create his masterpiece.

There were two reverse sweeps in his 263, but both of these were after he was well past 200 and had already been batting for 10 hours. They weren’t for show or for entertainment. They were a calculated attempt to manipulate the field – getting another man moved over from the legside. Neither was successful after which he locked them away, and reverted to normal service.

Crucially though that ‘service’ begins from the get go. He recognizes the fundamental importance of scoring. It may sound tautological, but the art of batting is not about staying in, it is about making runs. Throughout his 13 hours of batting in the first test, his strike rate – 10 from 17 balls, 40 from 69 balls, 80 from 145, 150 from 282 – remained remarkably consistent. If a delivery is in his scoring zone he will look to profit whether it is his 2nd ball or his 250th. (His near dismissal – handled ball – to his second delivery was from an attempted cut.)

Cook’s extraordinary innings was the most epic display of commitment and concentration since the world record Nikolić-Arsović chess game (20 hours 15 minutes.) Sadly, that ended in a draw too.

There’s more about how different batsmen apply themselves in Simon Hughes’s new book Who Wants to be a Batsman.