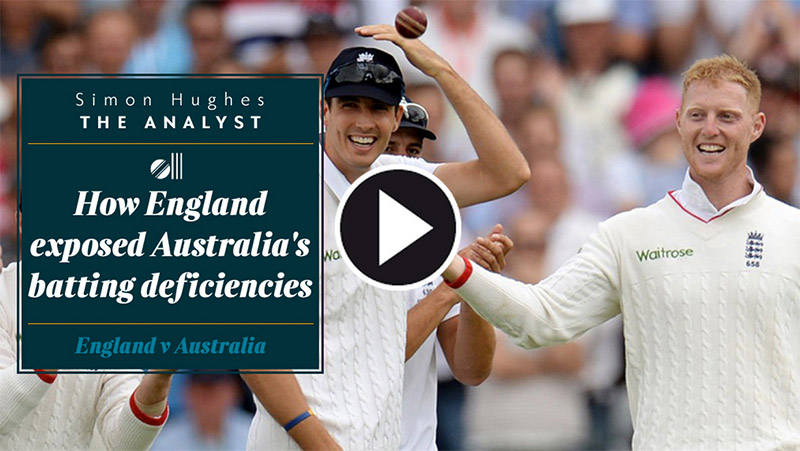 The biggest transformation in England’s cricket during this Ashes series has been in their catching. In the three tests they won, 43 of the 60 Australian wickets they took were out caught. There have been some absolute stunners too. Alastair Cook got it all going with a flying effort at Cardiff to dismiss David Warner, and there was Moeen Ali’s brilliant caught and bowled of Michael Clarke there to hasten his downward spiral. At Edgbaston Adam Lyth and Joe Root were both in acrobatic form in the slips to take crucial wickets, Root almost emulated Andrew Strauss’s celebrated effort at Trent Bridge, and Ben Stokes’ incredible diving one handed grab at gully when the ball was already past him was as good as anything the peerless Mark Waugh produced.

Normally home Ashes contests seem to coincide with an epidemic of Dropsy. The number of missed chances by England in the 1997 and 2001 series were too many to count and at least 8 catches were dropped in the epic Lord’s test of 2005 alone. They were not that much better in more recent Ashes and the omens were not good when a butterfingered England put down 10 catches during the two-match New Zealand series in early summer.

The new coach Trevor Bayliss was on a mission to reverse this trend. If you are going to give highly accomplished seam bowlers green pitches to exploit, you need good slip fielders. On England’s pre-Ashes camp in Spain, Bayliss put the potential cordon through the wringer, morning and evening, identifying the best catchers and making sure they stood a more suitable distance apart and at a steeper angle to the batsman. Spacing is vital. Too close together, as England’s slips had been, and fielders briefly hesitate before going for chances wide of them, often resulting in drops. Further apart they are more certain of their ‘territory’ and will be fully committed to anything in their reach. A steeper angle makes third and fourth slip closer to the bat, ensuring that more edges carry. That again wards off uncertainty.

Apart from intensive practice and slight adjustments of individual body positions, there was one other enhancement. Bayliss, a great admirer of the slip catching technique of the former Australian captain Mark Taylor, encouraged the fielders to watch the ball right into the their hands (the focus of even some of the best slippers shifts upwards slightly before taking the catch.) Bayliss liked the way Taylor followed the ball’s path all the way into his mitts and then christened the safe arrival with ‘you little beauty!’ You could see this tactic at work in the catching of Cook, Bell and Stokes in particular.

The fact that 27 of the 40 wickets Australia lost on grassy tracks at Edgbaston and Trent Bridge were to edges caught by the keeper or in the slips, utterly justifies Bayliss’s quiet direction. Only two catches were dropped in those two games, and they were only when Australia were already down and out. A predatory slip cordon is uplifting for the labouring bowlers and demoralizing for the suffering batsmen.